Most ski areas are situated in mountain valleys. Thanks to snowmaking there are many smaller ski areas run in the Jeseníky Mountains.

In the Annaberg ski area (700 – 821m above sea level) there are two groomed pistes on a sunny southeastern slope, 650m long. A playground for children is situated in the lower part of the area, near a snack bar. It is equipped with a children lift. In addition to pistes, skiers can also enjoy free rides off the main piste. In this ski area our guests will get 10% discount on all fares.

Information on the ski area

Karlova Studánka ski area offers a 300m-long lift and a piste of the same length. The piste is daily groomed and snowmaking is also available. The ski area offers daily evening skiing on a floodlit piste. A snack bar is directly in the area. Ski teachers are available upon request. Ski rental and service are in 1km distance from the ski area.

The ski area of Malá Morávka – Karlov pod Pradědem (700 – 940m above sea level) is considered one of the largest ski resorts of Jeseníky – there are more than 20 ski lifts and many pistes of all difficulty levels, satisfying anybody from beginners to well-experienced skiers. In the area there are also two snowparks and newly built cross-country skiing trails.
Paid car parks are all around the place. There is a bus connection from Malá Morávka – a ski bus departure point during the season. There is also a railway connection to Malá Morávka.

The ski area of Praděd – Ovčárna, situated on the highest Moravian mountain (1491m above sea level) is the ski resort with the highest altitude in the Czech Republic. Having glacier parameters in many aspects, the mountain offers excellent snow conditions which often enable skiing from the end of October until the beginning of May. The landing for six lifts is 1300m above sea level. 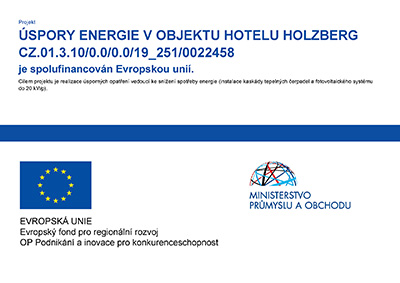